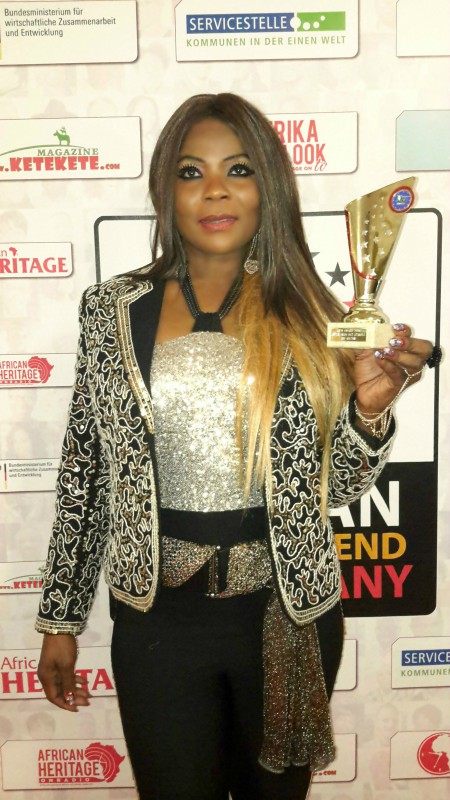 In 2016 is no longer a secret that she is a super star,
She has been crowned again with a new Award,
At African Legend/NEU Awards in Hamburg Germany,

To top it more in 2016 she has been nominated to recive an award by big Deedee Records Entertainments/Humanitarian Awards 24.9.2016 in Maryland Baltimore USA. Her destiny is signed and no one can resigned it accept dee who gives and takes, Her future is bright.