Her first musical rendition was at a tender age of fourteen. Rendering soulful songs that captivated the listeners,  with singles like ” Too Chukwu ” and “Keep it on”) Soon afterward,  with fifteen she brought out her acclaimed album ” Living in a wonderful world” under her burger union name Nancy. Due to some private reasons, she was inactive as a singer for many years.

In 2012 she made a major come back with songs like The Moments and Dance Freedom. Both were dance anthem in internationals discotheque in.
which get into the German Top 100 International DJ Charts and was the trigger, bringing her back into people’s memory.

she said once in an interview, all dose years I wasn’t active as Singer, most of the time,  I had the feeling, a part of me was missing. I felt so incomplete and  it was a hard and unpleasant time ” as for one who loves music so dearly

She had numerous live concerts with well known both national and international musicians and comedians stars,” 2013 she drops a single titled Be Free for her fans,

2013, she presents Me-Razor Sound with new energy in a new design. In cooperation with Christoph Seipel ( No Mercy, La Bouche, chili, DJ Schnippes etc. ) they created many great Songs from the international format,  with individual character. 2013 was an unforgettable year for her, starting the new rising of Me-Razor.

Music must be fun and simple groove“, said Me-Razor,  who has now released her full 14 tracks Album in Germany under the Title „NEVER GIVE UP -RISE UP“ The 14-tracks album is with features .including a Collab.  Her new Album is a mixture of Dancehall, Pop, RnB/Soul, Reggae-Dancehall, Afrobeat. Produced by Christopher Seipel and Me-Razor

An excellent year for her 2014 has been a very busy year for her, taking care of her audience with numerous concert upon concert appearances with more well-known artist stars both national and international.

2014 she released another thrilling Afrobeat single titled Iyanga Baby, her first Roots Song.  it was a busy year for her, followed by numerous concerts she did to Entertain her Fans. She was nominated to perform as one of the best European live act Artist of the year 2014,

Now in 2015, she is blowing like a hurricane and with more energy presenting her top hits Songs to the world. Be part of it and enjoy Me-Razor Music.

I have some mentors that I got my inspirations from, which has been helping me a lot in my music career. And to be on stage with other musicians gives me a great pleasure. Dancing is one of my passions.

Songwriting is one of her talents that no one can take away from her, I love writing Songs because for me music is one of the factors that bring joy in my life, It’s a like therapy for my body and my soul, why because is the only free way I can express myself.  The ability to sing and to write Songs is the most precious gift I’ve gotten from our Creator and off course my family that I love so much.

Me-razor is a singer/Songwriter, she has spent most years of her life in Europe based in Frankfurt Am Main Hessen, where she had learned to love their traditional food, drinks, culture and made good friends. My home is Germany/Nigeria, she said

I came from a very large musical family. The people who know my family called them ”The Voice”. She said My father was a very good guitarist player-In my youth times, I took parts in several youths singing and dancing competition.

2016 still remain an unforgettable year for her career memory, another Award is waiting,  As proudly as I’m presenting my fourth Award Nomination to the world, she said on the 03.12.206 from Queen Of Nollywood Awards Germany 2016, Is one of the great and top Awards in Europe, To share my joy and thanks,  I am so happy to tell you that God is God and God is good cos nothing compares to him.      Yes now she has won her  fourth Award as an Excellence Leadership Award by Queen of Nollywood Awards Germany 2016, With so much  whelming  joy in her  eyes, she said 2016 is indeed a great year for me cos 2016 gave me lots of unexpected surprises filled with joy and happiness, but nevertheless, she wouldn’t Achieve all that glory without her hard work and determination.

To top it more in 2016  she has been nominated to receive an award for big Deedee Records Entertainments/Humanitarian Awards  24.9.2016 in Maryland Baltimore USA. Her destiny is signed and no one can re-sign it accept Dee who gives and takes.

In 2016 is no longer a secret that she is a superstar, she dropped lots of new top hits Hip Pop Afro songs that are making waves in Europe and beyond, and her style makes her special from others, that’s why A new title has been added to her career success in 2016,

She has been crowned again with a new Award,

2017 has been another hard working year with progress, Now her career is taking another level, She played a lead role in a Nollywood Movie, Produced by Frank Ikegwuonu and she gave great concerts to her  fans in Africa presenting her newest Hit Song CHORM CHORM New Mix FT, (The Official Video is on youtube)

Recognition Award as the Best Female Artist of the year 2019.  @ African Night Awards 2019 in Ludwigshafen Germany,   Like I always say, From nothing comes nothing, Do your best and leave the rest for the world, am almost there with my journey and the best are yet to come, Thank you God for you do.

2020, Started as a promising year, when I Released my NEW seven tracker EP Album in February, Titled CHIMI CHANGA and getting ready for my new Album promotion tour in Europe with many confirmed Bookings already to start from March eight 2020. But the hope and good plans was cut short. and left all with nothing, I don’t no how to begin or to express this year of 2020 or should i called it a coused year of pain and agony caused by ignorant humans, Don’t no yet what the end will be, but so long we’re alive, there is still hope,  In God i trust.

Watch out for more of this great talented Artist she will hit U again cause she got more to give Just be prepared, More tours and concerts are planned. 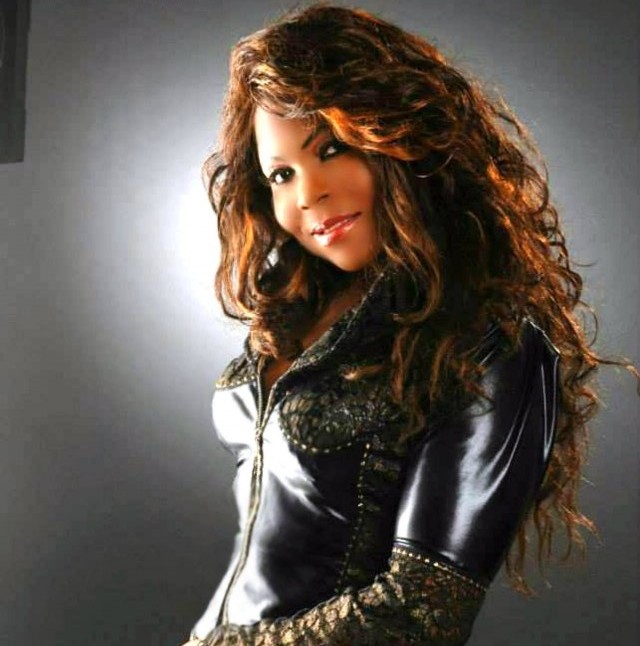